DAY OF THE VISIONARIES

„I hear lots of people talking about autonomous cars on the one hand, and privacy on the other. But I don’t hear enough about how the two areas are interconnected.“ The Israeli believes we need to think about these two areas holistically, and develop them as one.

As a central issue, she identified the large number of controllers (ECUs) that have entered our vehicles with each new system. She said more ECUs did not make cars smarter, but simply added complexity without meaningful new capabilities. „Yet autonomous cars have to work like a human with a brain, they need to make decisions and act rationally.“ Also, she pointed out, every ECU was a potential target for hackers. „Today‘s ECUs communicate via an outdated protocol from the ‘80s. It‘s like building a spaceship based on hot-air balloon technology.“ If hackers gained access to a single controller, Shifman said, they could easily manipulate any onboard system.

In response, her company has developed Evolver – a central vehicle ‘brain’ that also operates as an immune system. It detects attacks instantly and combats the causes. Evolver also protects against cyber attacks that are, as yet, unknown. So for carmakers, OSR could be a critical ally in the battle for future mobility. ”Only a central brain offers a true cybersecurity solution that works both comprehensively and simultaneously.“ 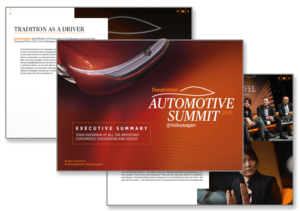