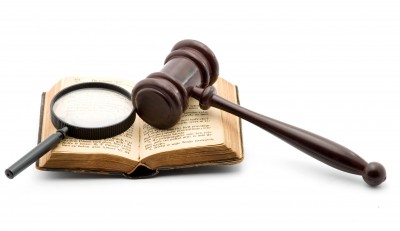 The ESUG has created the legal foundations for companies to make their restructuring processes easier. Has this now made Germany more attractive, Mr Köhler-Ma?

Christian Köhler-Ma: It certainly has. In the past, foreign investors used to literally say to me, „If we file for insolvency in Germany we will lose control, as we cannot predict what will happen next. For this reason, we only restructure via London.“ There was very little that I could say to that, as this was, unfortunately, all too true. The ESUG is clearly a factor in this which enhances the German market by means of the influence of creditors and improved legal tools.

Mr Geiser, could you tell us some of the clear advantages from the point of view of the creditors?

Dr Gordon Geiser: The greatest advantage is planning security.  In addition, we can mention the resources available for company transformation and the opportunities that the insolvency plan offers for group formation and cramdown. To some extent, these go further than other legal systems are familiar with. On top of that are the existing instruments, such as financing wages through the so-called „insolvency money“, for example.

What forms of investment are on offer?

Christian Köhler-Ma: That depends. When there are existing commitments, the investors decide whether a different form of company offers a better exit strategy than the one that has been acquired. In the case of new commitments, a company can be shaped through an insolvency plan  right from the start to have the best development opportunities. The form that might take must be decided on a case-by-case basis.

Is there already experience of international insolvencies in accordance with ESUG?

Dr Gordon Geiser: Not of international insolvencies in this form. True cross-border insolvencies are rare anyway. For the most part, sub-units of a foreign company are organised as independent companies in accordance with national law. In the case of a crisis, this usually leads to separate national proceedings. There is, however, considerable interest from foreign investors, who would like to generate new investment opportunities through the ESUG.

Is every foreign country the same? Or has the ESUG not yet been noticed outside the EU? Where has the greatest resonance been so far?

Christian Köhler-Ma: There are enormous differences. We have received the biggest response from the USA and from London, due to the fact that there there has been considerable professional discussion already and there are fewer reservations about the subject of restructuring and investment in crisis situations. Furthermore, investors there have less trouble understanding the concepts. It is considerably more complicated in Asia, but there as well there are substantial differences between the various countries and cultures.

Investment in companies threatened by insolvency often used to be fraught with problems: What exit strategies does the ESUG have to offer?

Dr Gordon Geiser: It is primarily the insolvency plan. The plan allows you to become the owner of a company, redeem creditors‘ securities, make changes to the business and secure new liquidity. According to the choice of business entity, exit may take place on the stock exchange, by selling off parts of companies, or by another kind of sale.

Olswang is a leading international law firm that offers advice to clients in Germany and abroad in complex and cross-border insolvency and restructuring issues. Olswang Restructuring Solutions (ORS) complements Olswang’s legal advice services by assuming managerial, advisory and fiduciary functions in companies on the brink of crisis. 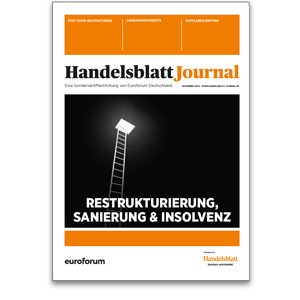