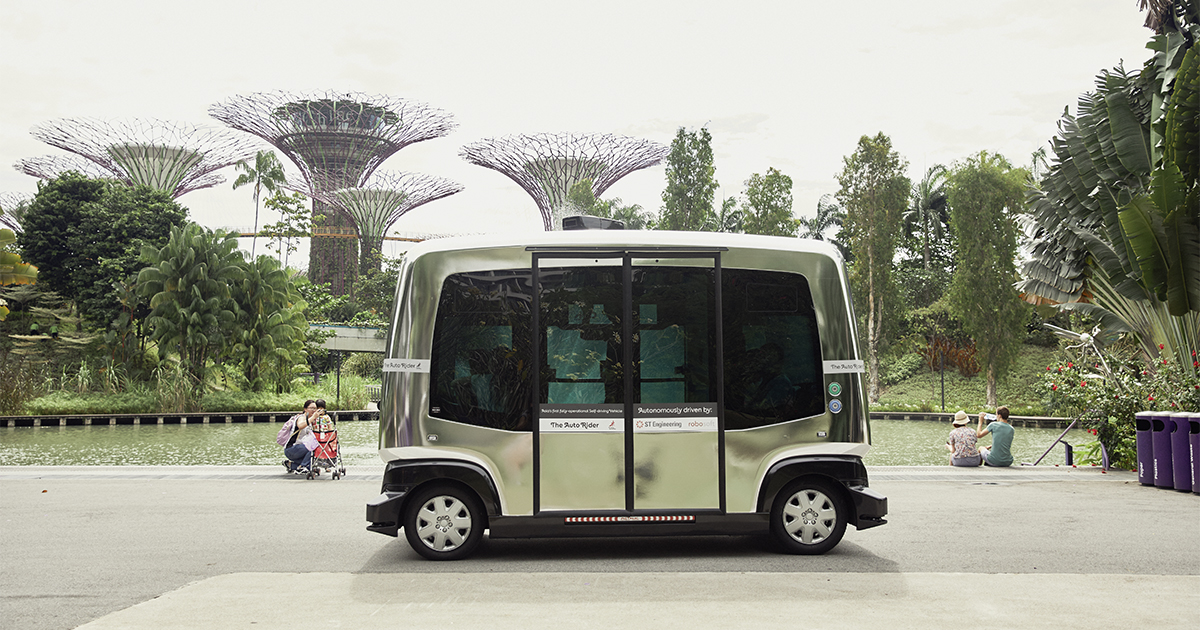 Never before have there been so many commuters in Germany as today. The most recent Aral study (2018) shows that 72 percent of German employees now commute by car from home to work either always (59%) or mostly (13%). However, this preference for one’s own car is increasingly pushing all the major cities to their capacity limits. Traffic data provider Inrix found that Berlin drivers, for example, spent an average of 154 hours on congested roads in 2018. An unparalleled waste of time and resources – and also a great burden on the environment. New solutions for future-oriented commuter mobility are in demand – not only in Germany, but worldwide. After all, the metropolises of other countries are also struggling with the problem of traffic congestion.

Singapore paves the way for urban mobility of the future

Singapore is regarded as a pioneer in the field of research into the urban mobility of the future. This is why many international companies, including German automobile manufacturers such as BMW and Daimler, use the city state as a “living laboratory” for piloting new developments and participating in groundbreaking projects. With a growing population and constrained by a relatively small land area, Singapore is particularly active in initiating, advancing and promoting innovative ideas in the field of autonomous vehicles (AV). One key research focus is on how AV technology can be integrated into public transport, not only to create new forms of shared mobility, but also to address the land and manpower constraints.

A plus in the quality of life

Two R&D hotspots in this future-oriented sector are the National University of Singapore (NUS) and the Singapore-MIT Alliance for Research and Technology (SMART). “AV technology is the natural solution to these future urban mobility challenges,” says NUS Engineering Associate Professor Marcelo Ang, Singapore Principal Investigator at SMART. Targeted specifically at the large mass of commuters, several pilot projects for autonomous mobility-on-demand services have already been launched. Their ambition is to realise a fleet of shared self-driving shuttles or pods that commuters will be able to book using their smartphones. “These vehicles will, for instance, bring users from their doorsteps to a train station or other neighbourhood amenities in air-conditioned comfort”, reports Prof. Ang. “This will provide a more comfortable option for first and last mile connectivity, and bring greater mobility to the elderly and other commuters who may have difficulties in using present-day public transport.”

In addition, a three-and-a-half-year project is underway to develop and test autonomous buses that will make it feasible to deploy fixed and scheduled

services for intra and inter-urban travel in the future. “AVs could make public transport so comfortable and convenient that commuters would be willing to give up their cars”, says Prof. Ang. “We call it moving towards a car-lite society. AVs reduce reliance on human drivers and allow the optimisation of traffic flow to reduce traffic congestion. AVs will provide people with full mobility, thereby giving all complete independence and improving the quality of our lives.”

A study initiated by SMART shows that the volume of passenger cars would also be significantly reduced: Using numerous simulations, which included route optimization algorithms and data on vehicle movements in Singapore, the researchers were able to determine that autonomous car sharing services would make it possible to reduce the country’s car population in private and public transport by more than half from the current 800,000 to 300,000. This would be possible if Singaporeans were to switch completely to such sharing services, assuming an average waiting time of less than 15 minutes during peak hours.

There is also the matter of first fulfilling the technical requirements for the large-scale use of autonomous vehicles. Autonomous vehicles must be safe for users and pedestrians and protected from the danger of cyberattacks before they can be used. This is the subject of feverish research.

In order to ascertain if the developments are suitable for the market, Singapore has the Centre of Excellence for Testing and Research of Autonomous Vehicles – CETRAN for short. The initiative is led by Nanyang Technology University (NTU Singapore) and TÜV SÜD from Munich. Further partners of the project are the Land Transport Authority of Singapore (LTA) and the Future Mobility Research Lab – a BMW Group research facility. The aim is to develop test standards for self-propelled cars in conurbations, and thus create the basis for the nationwide use of AVs in the next 10 to 15 years. TÜV SÜD’s current key task is to conduct functional technology testing and to check it for feasibility in simulated traffic conditions. “An autonomous vehicle has to master these traffic situations, which we call ‘safety cases’, so as to receive approval for road traffic in Singapore,” explains Dr. Houssem Abdellatif, Global Head of Autonomous and Connected Driving, at TÜV SÜD. “In other words, we develop the ‘safety cases’ and specify how a car has to act to ensure safety. So, step by step, a set of rules is evolving that will result in a standardised approval procedure.” What sounds simple, however, has its pitfalls. “The challenge lies in defining criteria for the approval of an autonomous vehicle today, despite the fact that the entire product does not as yet exist in a mass-producible form. As a consequence, we are not in a position to draw on any experience”, says Dr. Abdellatif.

To ensure that this succeeds swiftly, Singapore is providing extraordinarily favourable framework conditions. In addition to financial support, this includes, above all, accelerated approval procedures so that the tests can be put on the road quickly with minimum effort. “What is more, we have our own CETRAN test site, built next to the NTU and equipped with smart traffic lights, etc.”, Dr. Abdellatif adds. “We can directly test the vehicles located there. This means we can validate the simulated ‘safety cases’ here in reality – with real cars on real roads.”

Experts expect that self-propelled cars, buses and delivery vans will spread on our roads in Germany in 2050 and that commuter traffic will be relieved by special offers. In Singapore, things should go much faster.