When two visionaries interact, they give the future a system. In their on-stage dialogue at the Automotive Summit, ’JJ’ – the digitalization expert who left Silicon Valley for the Volkswagen Group – and Italdesign boss Jörg Astalosch painted a vivid picture of tomorrow’s mobility forms. Their basic scenario was the world in 2050, with more than nine billion people on the planet, three-quarters of them living in cities. Since today’s traffic concepts could never cope with that enormous population, Volkswagen mobility subsidiary MOIA aims to give cities back to the people who inhabit them. 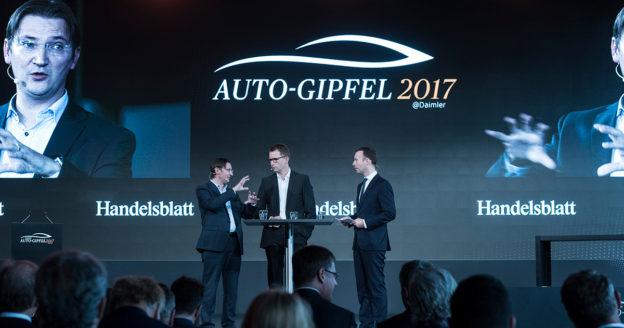 JJ believes electric drivetrains are just a small part of the solution, and the easiest to implement, saying the software aspects are far more complex. “Ninety percent of the transition from self-driving to autonomous vehicles is artificial intelligence,“ he noted, adding that he expects groundbreaking developments in the field within twelve months. Since the focus needs to stay on humans, his team is developing the concept of Human Thinking. Among other things, this means vehicles and services must ’touch’ us by being subjectively appealing. In addition to this emotional aspect, tomorrow’s concepts would also need to meet other requirements such as beauty, innovation, intelligence and integrity. 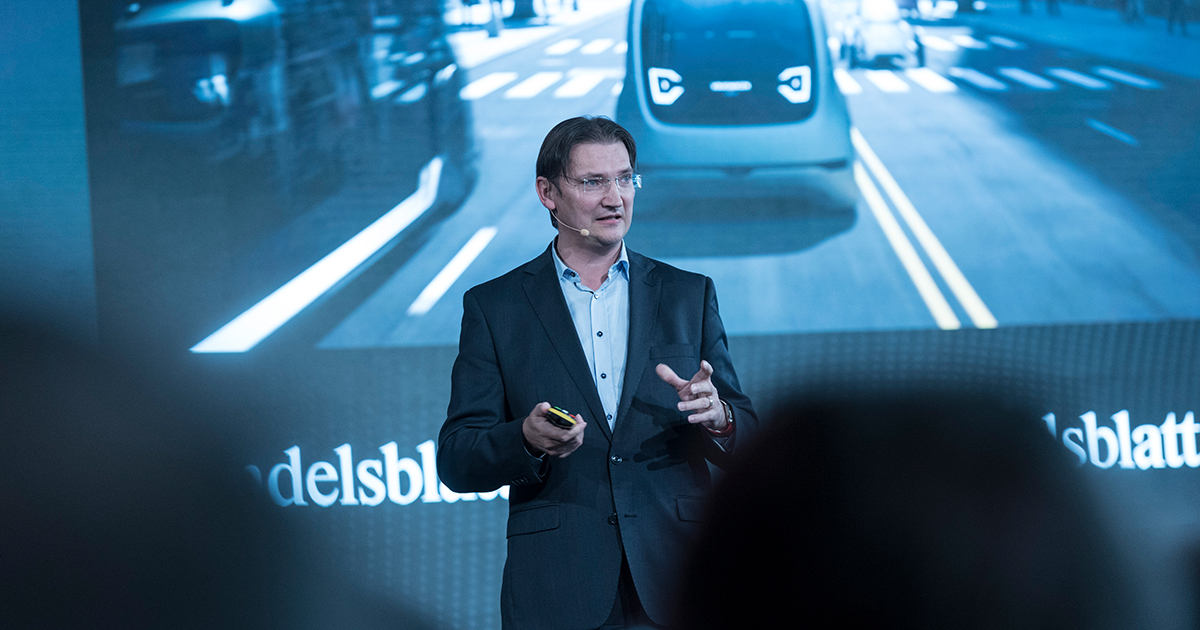 One of the outcomes of Human Thinking is SEDRIC, an autonomous vehicle that communicates with a city’s residents and infrastructure. SEDRIC is friendly and considerate, environmentally friendly, and makes trips universally affordable and accessible. That puts SEDRIC in line with JJ’s vision of ’push-button universal mobility’. In fact, the speaker already carries a Volkswagen One button – ¬the button that will soon be able to summon autonomous automobiles – in his pocket.

Italdesign boss Jörg Astalosch likewise emphasized the importance of seeing the whole system in the mobility transformation, not just the hardware. “We want to make cities better for people, give them back their time and use public space more efficiently“. Among other things, he can envision flying taxis and delivery drones as part of a modular ’pop-up platform’ you can also reconfigure as a family car, van, sports car and more besides. All mobility offerings would be bundled in a meta app that also knows its user’s preferences and appointments, and organizes transport accordingly.

Executive summary of the Automotive Summit 2017

More than 600 automotive experts from around the world – including manufacturers and suppliers, tech and energy groups and politicians and associations – attended the automotive industry summit in Sindelfingen. 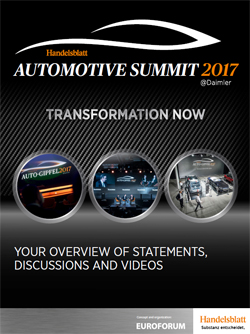